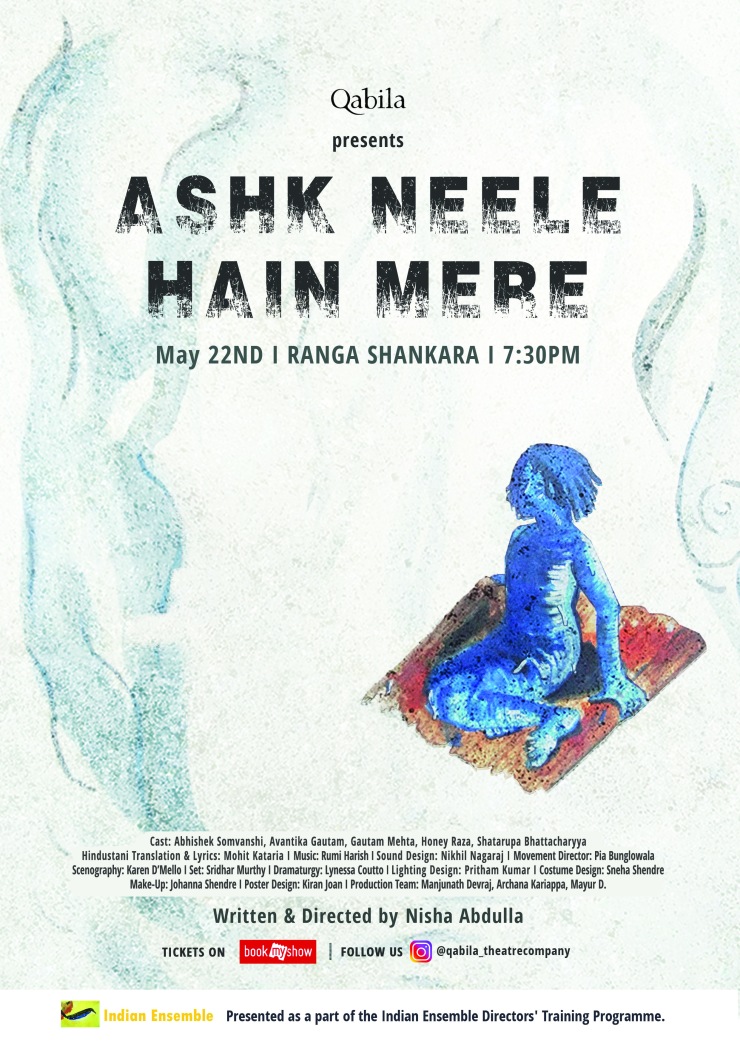 A review of the play in Bangalore Times (Times of India, national daily)

“There is a story the lands tell. Of a king who was so full of fear and ambition that he killed his own children… he stomped on them with his feet, until their blood squeezed out and their bones were crushed… until the blood and the bones became a soft powder of red dust. He poured it into the river and gulped the river whole. The river runs meek in his belly now. And the earth that once held it, dies. A little at a time… barren and soulless.”

Rida lives in fear in a burnt shell of a house, feeling unwanted and unsafe. She tries to hold on to whatever she can to stake claim to the only home she has ever known – memories and voices, stories and songs from a different time, even bloodied parts of herself. Miles away, Bahri the ageless water spirit, wonders why humans around her have taken to crossing the ocean in flimsy rafts that are bound to leave them at death’s mercy.

Ashk Neele Hain Mere is an exploration of alienation – of severed roots and homelessness. It was originally written in English as Blue is the Colour I Cry, and was long-listed at The Hindu Playwright Award 2017.

Written and Directed by NISHA ABDULLA